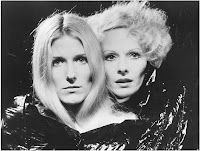 The Europeans really know how to do vampire films, don’t they? America gave us Dracula, of course, but that was basically a European story about Eastern Europe. The best American vampire films, like Near Dark and 30 Days of Night, are basically Westerns with fangs. Lestat, meanwhile, was just dopey, and Buffy the Vampire Slayer was Gidget with fangs. The problem is that vampires are supposed to be hundreds of years old and nothing in America feels more than 50 years old.

Conversely, everything in Europe feels hundreds of years old. The exhausted, bloodless, decadent aesthetes depicted so well by Wilde or Huysmans were already basically vampires even if they had no fangs. The vampires in European fiction were symbols of the old Europe feeding off its youth while enervating them in the process. Vampires are the aristocracy that has become useless, taking everything from their social inferiors, contributing nothing, and bound only to their own rules but to no morality. Aristocrats and vampires alike are depicted in nineteenth century European fiction as manipulative, cabalistic, bisexual, and self-interested.

Daughters of Darkness plays off the legends about the original vampire aristocrat: the Countess Elizabeth Bathory, who allegedly bathed in the blood of hundreds of female virgins killed for just that purpose. Here, she’s played by Delphine Seyrig as a soothingly evil version of Greta Garbo with a touch of the Duchesse du Guermontes. Sweeping into a beachside hotel in the off-season with her lithe female companion Ilona (Andrea Rau). just in time to seduce the only other people staying there, a pair of newlyweds, Stefan (John Karlen) and Valerie (Danielle Ouimet , Seyrig radiates the self-regard of a well-born lady who just expects to be adored. 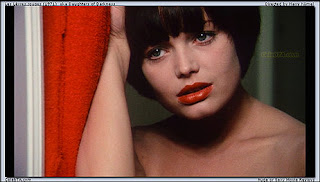 The newlyweds, meanwhile, have their own problems. Stefan has a dark secret making it hard for him to tell “Mother” about his low-born wife and an emerging taste for sadism. And Valerie is being lured away from her new husband by the Countess in a plot with a very strong lesbian subtext, or just text. Probably the idea of a married woman having her mind controlled by a beautiful, sexually-predatory older woman wouldn’t quite fly in this more PC era, but by making her a vampire we can make blood-drinking interchangeable with all sorts of kinky sex. Well, or just show lots of kinky sex! It would be glib and facile to simply connect this wife-seducing plot to “fears about feminism”- the film is suggesting something deeper and more Freudian: that behind the sentimental marital façade there is a current of male sadism and desire to possess the wife and, conversely, a female hatred for the husband who wants to hurt and possess her. The Countess is successful at slicing the marriage in half because she knows truths about the happy couple that they can’t even admit to themselves. Having been in this experience before- another woman working hard to separate my wife from our marriage- I was sympathetic to its political incorrectness. If lesbians insist that “only a woman knows what feels good to another woman” (which boy do they ever) they can’t be too surprised that their rivalry with heterosexual men makes for interesting drama.

In true Eurofilm style, all of this subtext is out in the open. Before long, she is sleeping over with the Countess in her room, while Stefan is screwing Ilona, before accidentally killing her in the bathroom where she’s burned by the shower. I’d never heard that vampires are burned by “running water” anywhere else- makes you wonder how they stay clean. The three of them hide the body. But will he be able to save his young bride from the clutches of the Countess? I wouldn’t bet on it.

What’s great about these 60s Eurotrash horror movies is they take all of the mystery, atmosphere, and straight out weirdness of the Gothic stories and throw in plenty of blood, mod fashions, and kinky sex. The story unfolds mainly by burrowing deeper into the psychosexuality of the main characters. Compare this to modern horror films in which the heroes are deep as a paper cut and just keep reacting to events like comic book characters; you can’t help but think today’s horror auteurs all need to spend some time reading Freud. Recent horror films are plenty gory, but not sufficiently fucked up.
Posted by Rufus at 7:15 PM