This is a movie that was not just made in the 70s, it was made by the 70s. The 70s should have a production credit of some sort, or one of those notices like they have on PBS- "This movie was made possible by the 70s". Everyone in the film seems stoned at all times, dresses in very comfortable-looking leisure clothes and swaps sexual partners. I'd like to live there.

Set around a research university in Manilla, the film stars the lovely Annie Belle as Laure, the free-spirited daughter of the University Director who meets the similarly free-spirited Nicola (played by Al Cliver who is in half the Italian movies I watch). We know she's free-spirited because while she's operating the slide projector during a professor's lecture a hippie girl under the podium licks her pussy. Luckily, Nicola is also free spirited and would like nothing better than to watch her have sex with lots of men, which works out fine for her. They're clearly an ideal match.

For most of the movie, there is little in the way of plot. Nicola is making a documentary about love and they sort of wander around having sex with various people and speaking pretentiously about open sexuality. Much of the dialogue is along the lines of:

Her: And you what is your dream?

Him: I should like to see you doing impossible things. 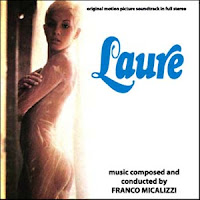 The open-marriage lifestyle was, of course, detailed in the Emmanuelle films, and Emmanuelle Arsan apparently wanted to take a more active role in the filming of one of her books than she was with those films- she's a supporting actress here and actually has a few sex scenes, including a very silly one with girl-girl and flower sex. Her involvement sort of explains the otherwise inexplicable American title "Forever Emmanuelle" since nobody in the film is named Emmanuelle. I'm still confused about who directed this movie- different sources say Arsan, her husband, or herself under another name. Apparently, the production fell apart and everyone disowned the film.

This is a shame because the movie's got some advantages over the real Emmanuelle- for one thing, the main character is much more in charge of her situation and less of a borderline victim than the character in the French Emmanuelle- in this, she's more akin to Laura Gemser's Italian character. Also, Laure is a prettier movie to look at- the locations are more lush and the direction more adept. Finally, Annie Belle is a truly lovely actress, probably moreso than Sylvia Kristel.

Whatever else you want to say about it, Laure is a strikingly beautiful movie. The Philippine locations are well-photographed, the visuals are evocative, and there's a dreamy/druggy vibe to it all that makes this a pleasant movie to watch- given the era it was made, it's likely that plenty of audience members watched it while stoned and that would certainly suit the film.

The drawbacks? The characters are very one-dimensional, really just there to express the writer's ideas about non-monogamy. The plot is a bit silly- a story in which the characters go searching for a tribe who is "reborn" annually is interesting but only shows up in the last 20 minutes. A story in which Laure screws a transvestite in a helicopter while her boyfriend films and nobody flies the thing is pretty silly. Finally, there's not a great deal of chemistry between Cliver and Bell, which is strange considering they were an item during the filming.

But, I think a movie like Laure should be watched in the spirit it was intended- so, get really stoned and be enchanted by the beautiful tropical locales and naked people, and maybe the psuedo-philosophical dialogue will sound deep, man.