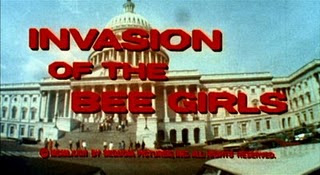 It's unlikely they were taking any of this nonsense too seriously, but happily the movie plays it straight. It's also about as sleazy as it sounds with nudity a plenty.
Posted by Rufus at 4:29 PM